Boab Metals Limited (ASX:BML), an ASX-listed, Western Australian-based exploration and development player, has reported an action-packed September 2022 quarter as the company continues to make significant strides toward reaching a decision to mine at its 75%-owned Sorby Hills lead-silver-zinc project.

Additionally, the company has made significant progress on the project by securing an accommodation camp, receiving an amendment to the project’s EPA approval, and completing Phase VI of drilling.

Boab has acquired a 178-room accommodation camp, which aligns with the company’s strategy to progress project execution workstreams alongside finalising the definitive feasibility study (DFS). The company believes that this move will de-risk its flagship project.

The company acquired the accommodation camp at a competitive price of AU$1.29 million.

Boab believes the acquisition represents a substantial saving compared to buying a new camp outright or acquiring it via a lease finance arrangement.

The accommodation camp is located about 600 km from Sorby Hills, at the Cosmo Mine Site, and will be transported to the site in Q4 2022. Project employees and contractors will use the camp throughout the construction phase. 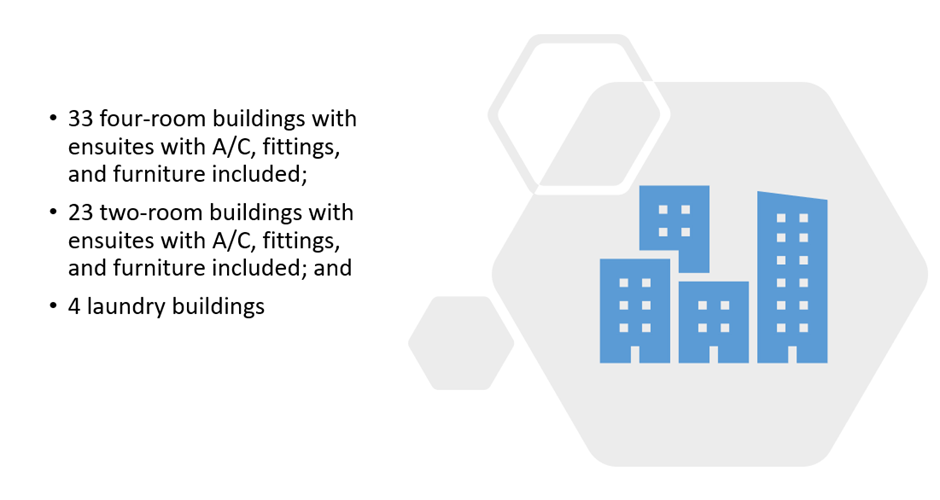 During the September quarter, Boab received the amended EPA approval for Early Works at Sorby Hills. The EPA first approved the development of the project in 2014. The recent amendments were under Section 45C(1) of the Environmental Protection Act, which relates to an increase in the permitted ’development area’. The expansion will allow the following:

The approval of the EPA amendment will pave the way for the final clearance of the Biodiversity Conservation Act 2016 and assessing the ‘mining proposal’ associated with Early Works.

The sign-off of the EPA amendment makes it easier for the final go-ahead to be granted under the Biodiversity Conservation Act 2016 and permits the Western Australian Department of Mines, Industry Regulation and Safety to close out its evaluation of the ‘mining proposal’ associated with Early Works.

The DFS at Sorby Hills has investigated an expanded process plant capacity compared to 1.5Mpta considered in the pre-feasibility study. The company has received tenders for the EPC contract, incorporating the process plant and non-process infrastructure from several firms. Boab has shortlisted a few firms and is currently refining their submissions before commencing contract formation with the preferred party.

During the period, Boab completed competitive tenders against other key project contracts and received strong proposals for the process plant EPC and Early Works.

Boab has also fully executed the Norton and Beta deposit programs, and the company has completed all priority drill holes at the Eight Mile project.

Around 1,700 drill samples have also been submitted to Intertek Laboratories in Darwin for a broad spectrum of element analysis.

The company’s consolidated cash balance stood at AU$4.6 million as of 30 September 2022.

Keep up to date with Boab Metals by following them on their Linkedin page here: #Boabmetals