The Sorby Hills Project is one of the country’s largest undeveloped and near-surface lead-silver deposits. As per Boab’s estimate, the Project currently holds a resource inventory of 1.5Mt of lead and 53Moz silver. Currently, Boab is undertaking a Definitive Feasibility Study (DFS) on the Project, which is slated to complete by the second half of 2022.

The Pre-Feasibility Study (PFS) that completed in 2020 outlined impressive project economics. The key highlights of the PFS included a low-risk project with an IRR of 46% and NPV8 of AU$303 million.

Key agreements executed on the project

Heads of Agreement for clean and low-cost power

Boab executed a Heads of Agreement with Horizon Power for the supply of electricity from the Ord River Hydroelectric Project to Sorby Hills Project. The agreement is for supplying power for a 10-year term with an option to extend it further.

Boab executed a Heads of Agreement (HOA) with Horizon Power for supplying reliable, cleaner and cheaper power for a 10-year term, with an option for Boab to extend the agreement. Horizon will be supplying electricity generated from Pacific Hydro Australia’s Ord River Hydroelectric Plant.

Boab’s preliminary modelling indicates that the hydroelectric power solution for the project, with an option of diesel generators for backups, will be an economical and a cleaner power solution.

Taking into consideration the future offtakes, Boab has executed an Agreement for Access and Stevedoring Services with Cambridge Gulf for the Wyndham Port. The agreement is valid until 2034, with an option to extend every 12 months thereafter. 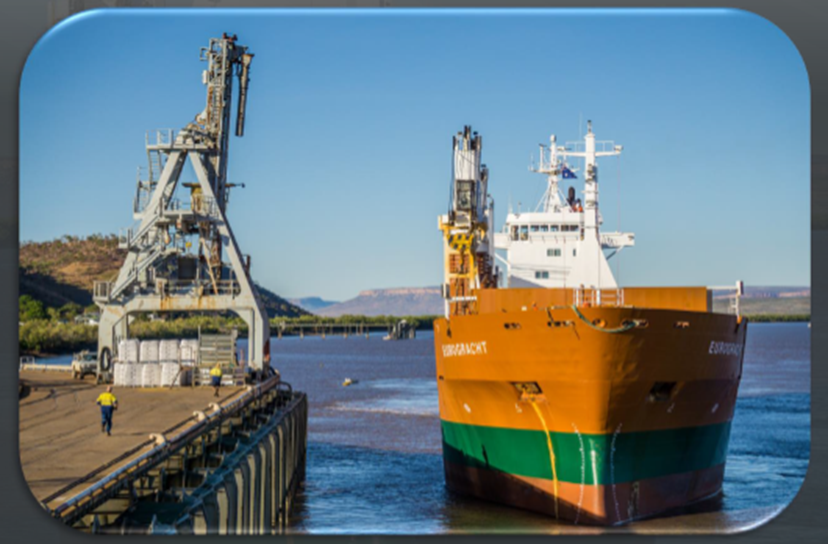 Wyndham Port is located 150km from the Project and will be used to ship the concentrates produced from the Project via an existing sealed road. It is the only deep-water port between Broome and Darwin and plays a vital role in linking Northern Australia’s primary and secondary industries.

Along with the data from the metallurgical studies and updated mineral resource estimates, the impact of the power agreement and port-access agreement will be included in the ongoing DFS.

Boab operates the Sorby Hills Project under a Joint Venture (JV) with Henan Yuguang Gold and Lead Co. Ltd, China’s largest lead smelter and silver producing company. Boab owns a majority 75% interest in the Project, while the remaining 25% lies with the Chinese counterpart.

The competitive bidding for Boab’s share of concentrates is nearing finalisation. The Company is witnessing strong demand for its concentrates from the project. The offtake agreements will add value and will also support project financing.

According to the company estimates, the electric vehicle sector is expected to grow at a CAGR of 27% till 2030, which in turn is expected to boost the demand for lead.

Silver, on the other hand, is an important commodity for the electrical and electronics industry. It is the best-known electrical conductor and is extensively used in the manufacturing of solar panels, automobile circuits and other industrial applications. Nearly 50% of all silver produced goes into industrial applications. As per a study by Visual Capitalist, 55Moz of silver is used in electrical connections across all sorts of vehicles annually.

Lead and silver are going to play a pivotal role in transitioning to a green future. This could be one of the reasons BML is receiving strong support for offtake agreements.

For project financing, Boab has engaged with Australian government’s financial agency, the Export Finance Australia and Northern Australia Infrastructure Facility (NAIF). The Company has also engaged with BurnVoir Corporate Finance to look after the financing solutions for the project.

Why is Sorby Hills grabbing the spotlight within the industry?

The illustration below depicts a few salient features of Sorby Hills Project, which as per Boab, make it a lucrative project. 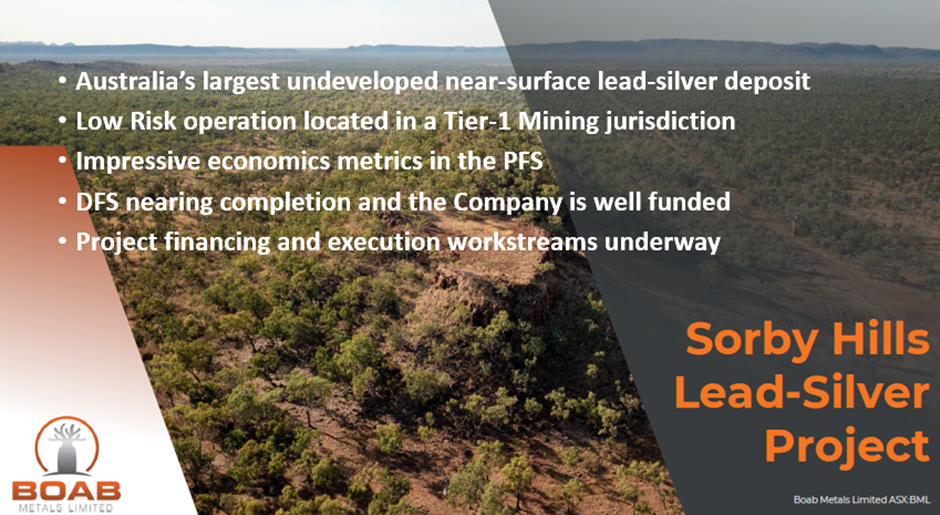 Boab has acquired the Eight Mile Creek Project (100%), which is in the vicinity of the Sorby Hills Project. The Company has so far drilled one RC hole at Eight Mile Creek, which intersected trace mineralisation. Boab plans to execute further exploration on the Project.

In another strategic move, Boab acquired 100% interest in the Manbarrum Zinc-Lead-Silver Project, which is located 25km east of Sorby Hills Project. The project is an advanced one with two identified prospects and associated mineral resources.